A new menu,["users sorted by country and region" of diagnoses] has been released on My Page.

ShindanMaker is being used by people from various countries.
There are also cases in which a diagnosis created in a certain language is used by many people in another country or region. This might be because people who understand the language used in its creation are using it in another country, or they might be using it while making use of a translation app.
Thus, we wanted to make such data visible to diagnosis creators, so we when recording the number of people receiving diagnoses from September 8th, 2019, we also included the recording of "country and region data" at the same time.
We have also made it possible for creators to check "which countries and regions their own diagnoses are being used in" in a graph on their My Page.
As shown in the following sample image, they can check which countries and regions their diagnoses were used in. 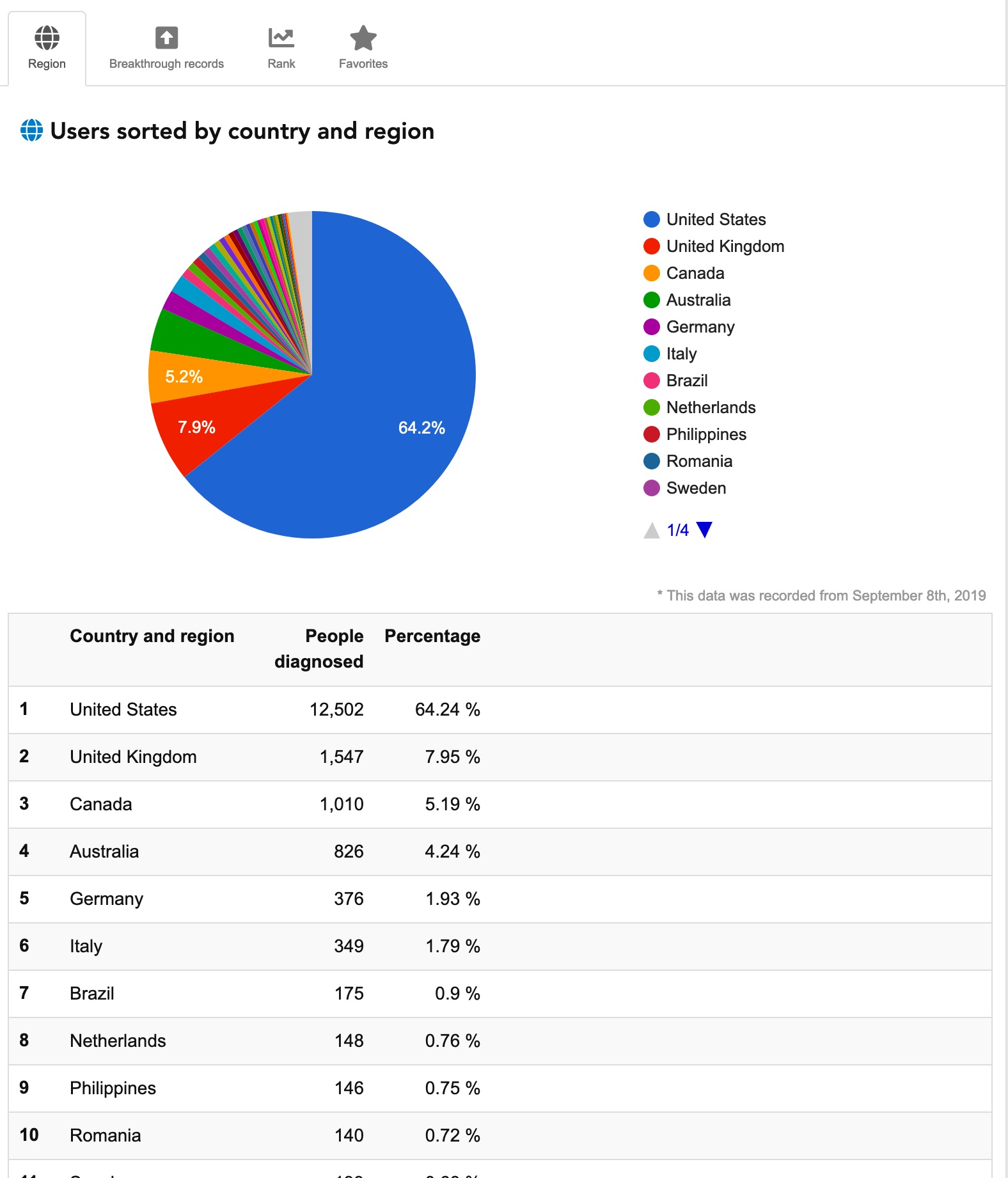 We would be happy if you would view your own data and make use of it when creating diagnoses in the future.
มาสร้างการวินิจฉัยแบบออริจินัลของคุณไปด้วยกันเถอะ!
สร้างการวินิจฉัย